Henry Wylie built the now heritage listed building in the garden in 1855.  It was built when copper was the economic cornerstone of the new state of South Australia.  Auburn was on the road from Burra to the gulf port of Port Henry (now known as Port Wakefield).

The garden is a blend of nature and culture designed to delight visitors.  The garden has a rich collection of ornamental and productive trees along with a great variety of smaller trees and shrubs.  Each visitor will experience the garden in their own way – colours, seasons, secluded corners, winding paths, stone lined creek, sounds – running water, birds busy in the trees.

After you have visited the garden, you can enjoy coffee and tea along with some light eats in the Velvet & Willow Pantry. 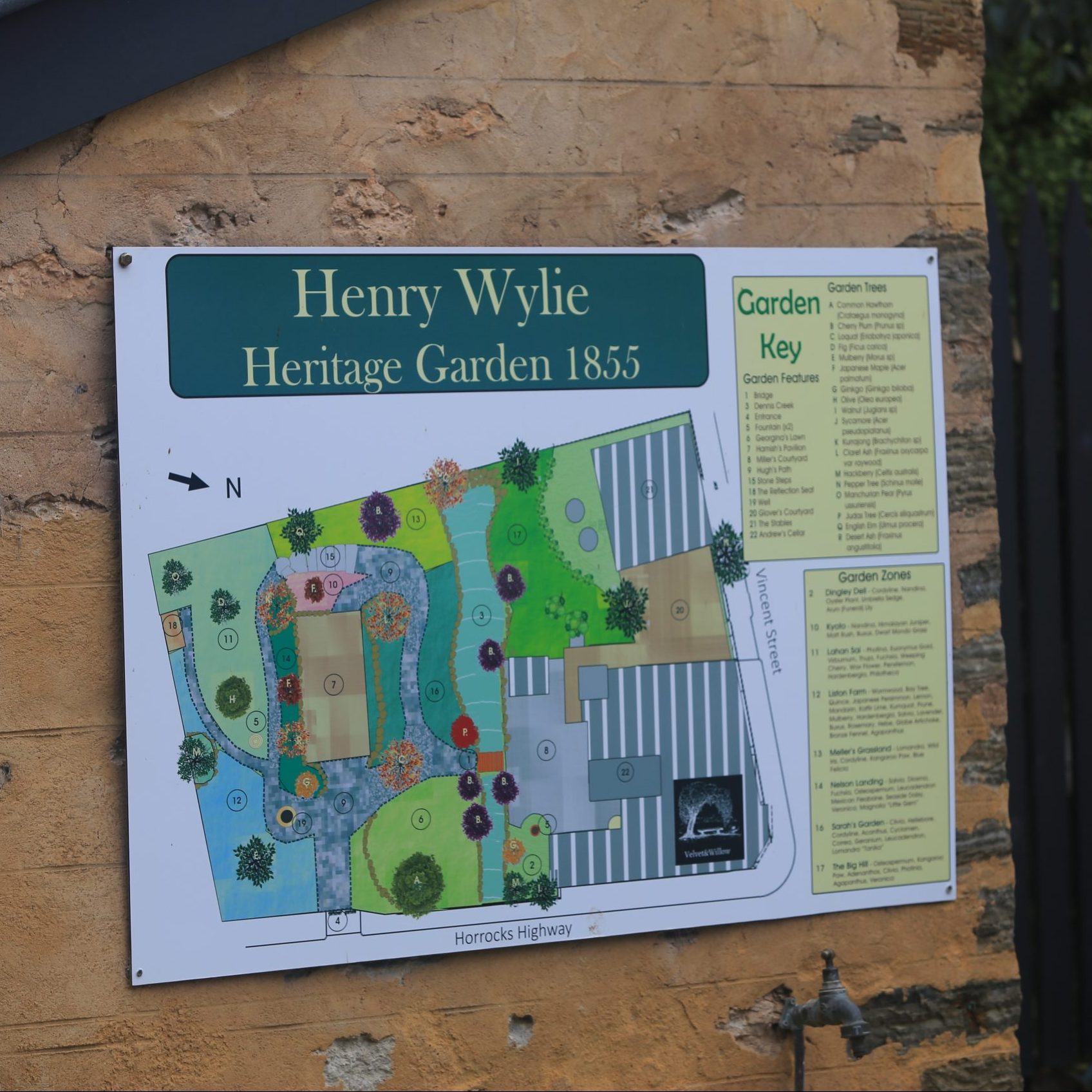 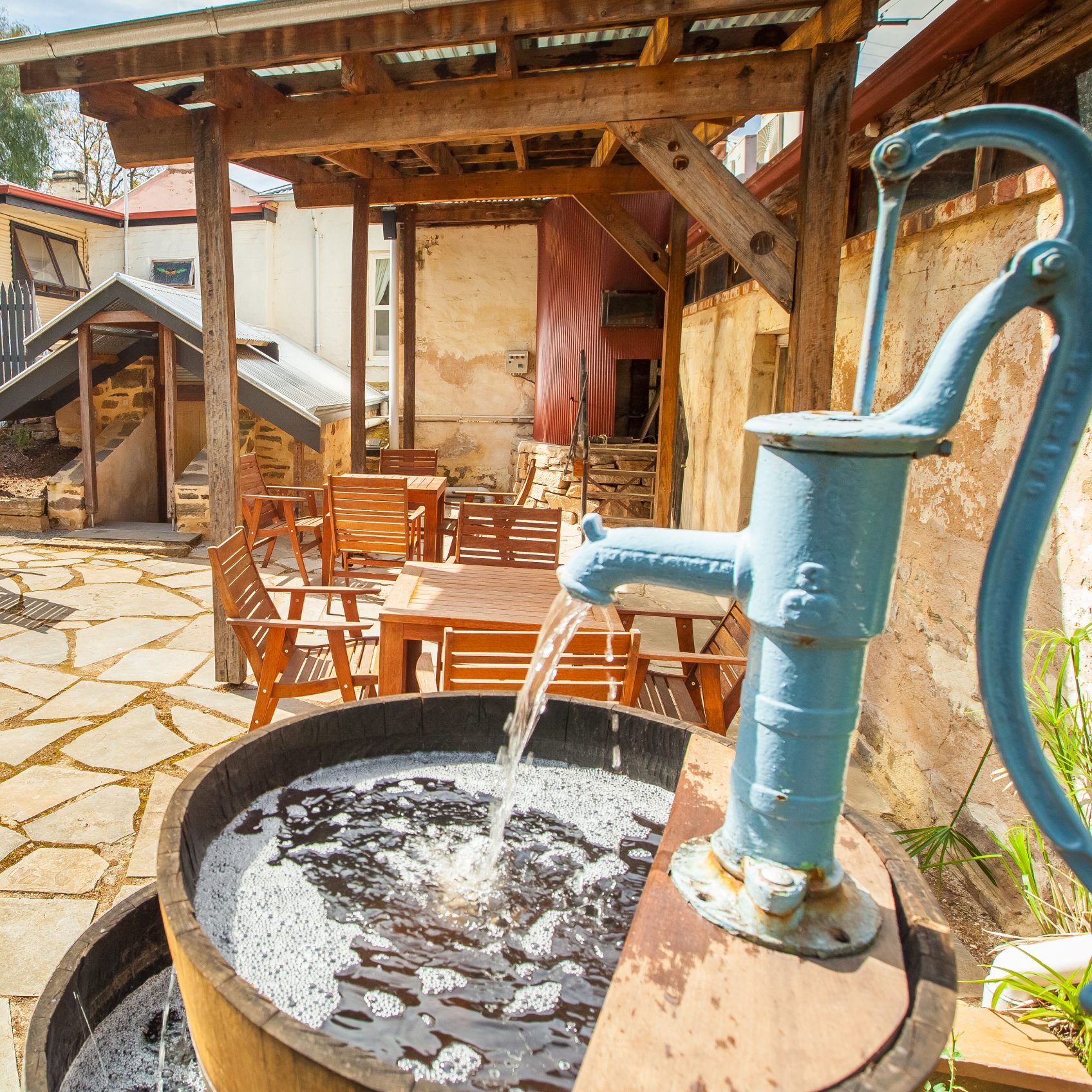